Perquimans Precinct ("Precinct" was the old term for the territorial unit now called a "county") was established about 1668, in the heart of the first permanently settled area in North Carolina. Perquimans, meaning "land of beautiful women," was named by its earliest inhabitants, the Yeopim Indians, a branch of the family of Algonquians. Perquimans included the land between the Yeopim River and Little River; at its greatest extent, it reached from the Virginia border to the Alligator River. Today, its people occupy 261 square miles of low land between the Albermarle Sound and the Dismal Swamp.

Englishmen began the permanent settlement of this region of North Carolina about 1650. Perquimans county was formed in 1668 as a precinct of the much larger County of Albemarle, and is home to the

Newbold-White House. Built in 1730, the Newbold-White House is the oldest brick structure in the state. From gathering food to building homes and surviving in the wilderness, the early settlers had little time for formal religion. In 1672, two missionaries by the names of Edmundson and George Fox came to the Carolinas and spoke about religion. These gentlemen were of the "Society of Friends," otherwise known as Quakers. In what later became Hertford, at the house of Henry Phelps, the first religious meeting was held for the people living near the Perquimans River. Edmundson said, "(Phelps' neighbors) had little or no Religion, for they came, and sat down in the Meeting smoking their Pipes." Later, Edmundson returned for eighteen days and spoke to the governor, precinct officials, and a number of the men and women in Perquimans and Pasquotank precincts, many of whom became Quakers. They soon organized the first church in North Carolina, which remained the colony's only organized religious body until 1701.

One of the oldest towns in North Carolina, Hertford was incorporated in 1758, primarily to serve as the county seat and commercial center for Perquimans County. Laid out on Phelps Point at the narrows of the Perquimans River, the town was named in honor of

Francis Seymour-Conway, Earl of Hertford. The oldest recorded property deed in North Carolina is in the Perquimans Deed Registry.

The first U.S. marshal for the District of North Carolina from 1790 to 1794, John Skinner, lived in Hertford. John Harvey, a five time speaker of colonial assembly, moderator of the provincial congress, 1774-1775, and a leader of the Revolutionary movement, also lived here.

About fifty nineteenth-century structures stand on tree-shaded streets downtown. There are dozens of early homes to see on the walking tour of Hertford, such as the: Wood-Winslow House, c. 1823; Thomas Jackson House, c. 1872; and the William Jones House, c. 1815. 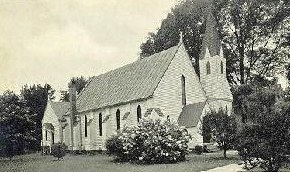 Church of the Holy Trinity was built. The church's unique structure is the classic example of a Gothic Revival. 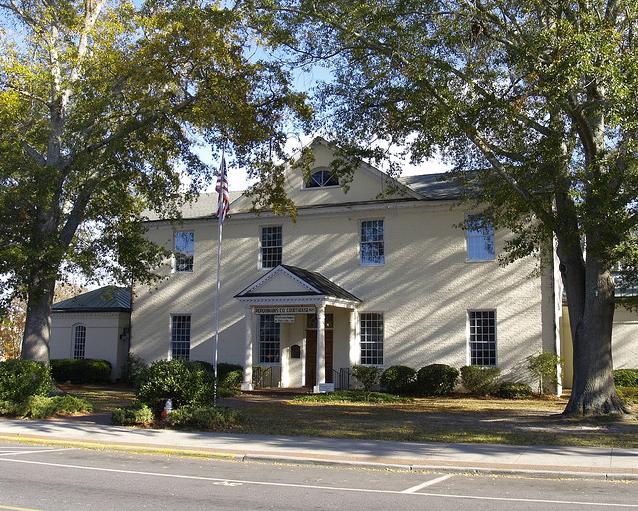 courthouse was completed in 1852.

Like many of its neighboring coastal areas, Hertford was a busy lumber town in the early 1900's. The Perquimans River provided a direct link between the railroads, lumber barges and commercial ships that traversed the Albemarle Sound and the nearby Intracoastal Waterway.

Back to Perquimans County Page